What You Need to Know About Soy 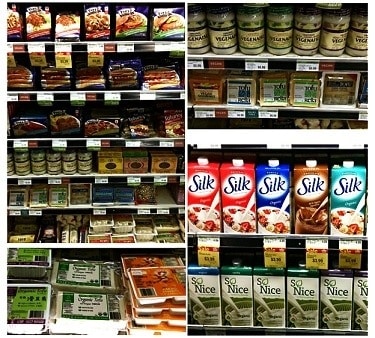 Are you confused about soy? There is so much conflicting information floating around about soy. Some tout it as the ultimate health food, while others claim it can cause hormone imbalance or even breast cancer! While there are still more questions than answers to be found about soy, there are some things we do know. I’m hoping to give you some real answers!

First, what exactly is soy?

Soybeans are legumes native to eastern Asia. All Asian cuisines that use soybeans ferment the beans before cooking and consuming them. There, it is common knowledge that soy is “poisonous” and that the fermentation process removes the “poison.”

The incredibly high demand for soy started with the invention of vegetable oil and trans fat, and led to the advent of industrialized genetically modified production. And as the story goes for most industrialized food, there is a byproduct! With all the oil extracted, the food manufacturers were left with a lot of soy protein that they started adding to processed foods. So, while Asian cultures eat only whole and fermented soybean products, we in the western world tend to split the beans into two different food products; soybean oil and soy protein (often called soy protein isolate, soy protein concentrate, textured vegetable protein or hydrolyzed vegetable protein).

One or both of these food-like substances are pretty much found in all processed and fast foods.

For this precise reason, we in the west surprisingly eat more soy than people in Asia. Dr. Joseph Hibbeln at the National Institutes of Health estimates that soybeans, usually in the form of oil, ­account for an astonishing 10 percent of our total calories in the United States (Source CNN). Now that’s a lot! (If you want to know more about soy, Wikipedia has a great entry as well.)

What is the problem with Soy?

Aluminum: The highly industrialized processing of soy requires acid washing in aluminum tanks. The aluminum then leaches into the final soy products that are sold for human consumption. We know that aluminum is toxic to our nervous system and kidneys. So, the rule is simply to avoid all processed soy. That includes isolated soy proteins, soy bean oil and any processed and fast food that contains soy (almost all!).

Environmental Impact: A typical misunderstanding is that choosing soy instead of animal foods is a more sustainable and environmentally friendly protein option. But in fact the industrialization of soy production has led to genetic modification of the crops (unhealthy to both humans, animals and normal plants that grow nearby), deforestation and a need for large amounts of pesticides. All that on top of the impact from processing, packaging and transportation of all the different soy products. You are better off eating a locally farmed egg bought at the farmers market.

Anti-Nutrients: Soy contains some well-known anti-nutrients; phytates, enzyme inhibitors and goitrogens. Although all plants contain some anti-nutrients in order to protect themselves and reproduce, soy is by far the worst. Phytates bind to minerals in our digestive tract and can block absorption. The enzyme inhibitors make the un-fermented soybeans very difficult to digest, and goitorgens can block the production of thyroid hormone.

Thyroid Imbalance: There have been several studies linking even moderate soy consumption to thyroid disorders, which is a very common problem, especially amongst women today. The goitorogen found in soy are to blame – these are compounds known to make it more difficult for the thyroid gland to create its hormones.

Breast Cancer Risk: A few studies do suggest that soy isoflavones could benefit women by reducing their breast cancer risk, but numerous other studies also link soy (especially soybean oil due to its high omega 6 content) to breast cell proliferation, which is a well-known marker of breast cancer risk. Very opposing findings indeed! Until we know more, I would be cautious of consuming soy as a health food.

Male Fertility and Health: I remember reading once how two glasses of soymilk equals the same amount of estrogen (in the form of phytoestrogen) as one birth control pill. It totally stunned me – I know so many people sipping away on their soy lattés thinking it is a healthier choice that’s better for their bodies. At the same time, there are several studies that point to soy actually reducing the risk of prostate cancer. Again, the data is not conclusive enough and I would suggest being cautious and ridding yourself of that soy latté habit.

Allergies on the rise: Soy allergy and intolerance is on the rise, probably due to both GMO and over-consumption. For some very sensitive people, the allergy even includes all meat, poultry, fish, dairy and eggs from animals consuming soy feed. GMO soy in animal feed is a huge issue. Animals, just like us humans, are not meant to consume large amounts of (unfermented) soy. In addition, feeding these indigestible foods (grains and soy) to animals leads to an increased need for antibiotics.

Now for some good news:

It is not all bad. Traditionally prepared, whole soy foods are both delicious and nutritious.
Fermented soy products are the best and they even provide us with beneficial probiotics! The fermentation process reduces the levels of dangerous anti-nutrients mentioned above.
Choose organic and fermented soy – exclusively! Make a point of reading labels and asking questions.
Look for traditionally prepared and unpasteurized soy sauce such as Nama Shoyu.
Drink miso soup for its probiotic benefits (make sure not to boil the miso or use boiling water – it will kill the good bacteria).
Tempeh and natto are also fermented soy products that have been used for centuries in Asian cultures.
Tofu and edamame is OK now and then if you tolerate it well. Traditionally tofu and soy milk products were both fermented, but nowadays the milk and tofu you find in your local supermarket or health food store are unfortunately not fermented.
Try to mix up your protein sources and dairy alternatives. There are so many great nut and seed milks out there these days.

Commit to making a large portion of your food from scratch. When you cook you also control the quality of the ingredients. This allows you the option to use all organic ingredients.

Thanks for posting this article as they is so much miscommunication about this subject. I have just started to make my own soy milk and almond milk at home from scratch and I think that is a great solution to all of these issues. Fresh is always best. Take care, BAM

There is so much confusion. I believe if you consume it in it's natural, organic, non-gmo state in moderation it is okay.

Great article. I have been very confused about soy actually and I feel like our food system is a war zone. I Consider myself a "healthy" person, but the more I learn about what is in our food the more I realize that I need to constantly keep educating myself and constantly make changes to what I think is healthy!

There is so much confusion. I believe if you consume it in it's natural, organic, non-gmo state in moderation it is okay.

Always great to see both sides of the never ending soy debate.....well done, Diana, on an informative article. It's definitely a food to be eaten in moderation (if at all) and in its whole form.