Italy is a beautiful country known for its epic history, rich culture, and delicious Italian food. In fact, it’s difficult to squeeze all that Italia has to offer into one Italy trip. Here are some fun facts about Italy that you may not know.

So, if you’re interested in learning about Italy before you visit, here are 28 facts about Italy; from fun Italy facts for kids to enjoy, to unique Italian culture facts, to Italian food facts that are sure to make your mouth water. Italy is one of the top countries to visit in Europe. 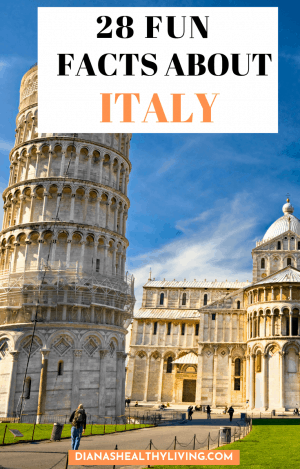 Despite its long history, the Italy we know today only officially became a country in 1861. Before this, the land we now know as Italy was made up of city-states and lands owned by the Roman Catholic Church. This means Italy is technically younger than the United States.

There is an unusually high number of super-centenarians (people over the age of 110) in Italy and the average life expectancy in Italy is 83 years, one of the highest in the world. The oldest Italian, Emma Morano, lived to be 117 years old. She attributed her long life to staying single and eating eggs every day. You go, girl. 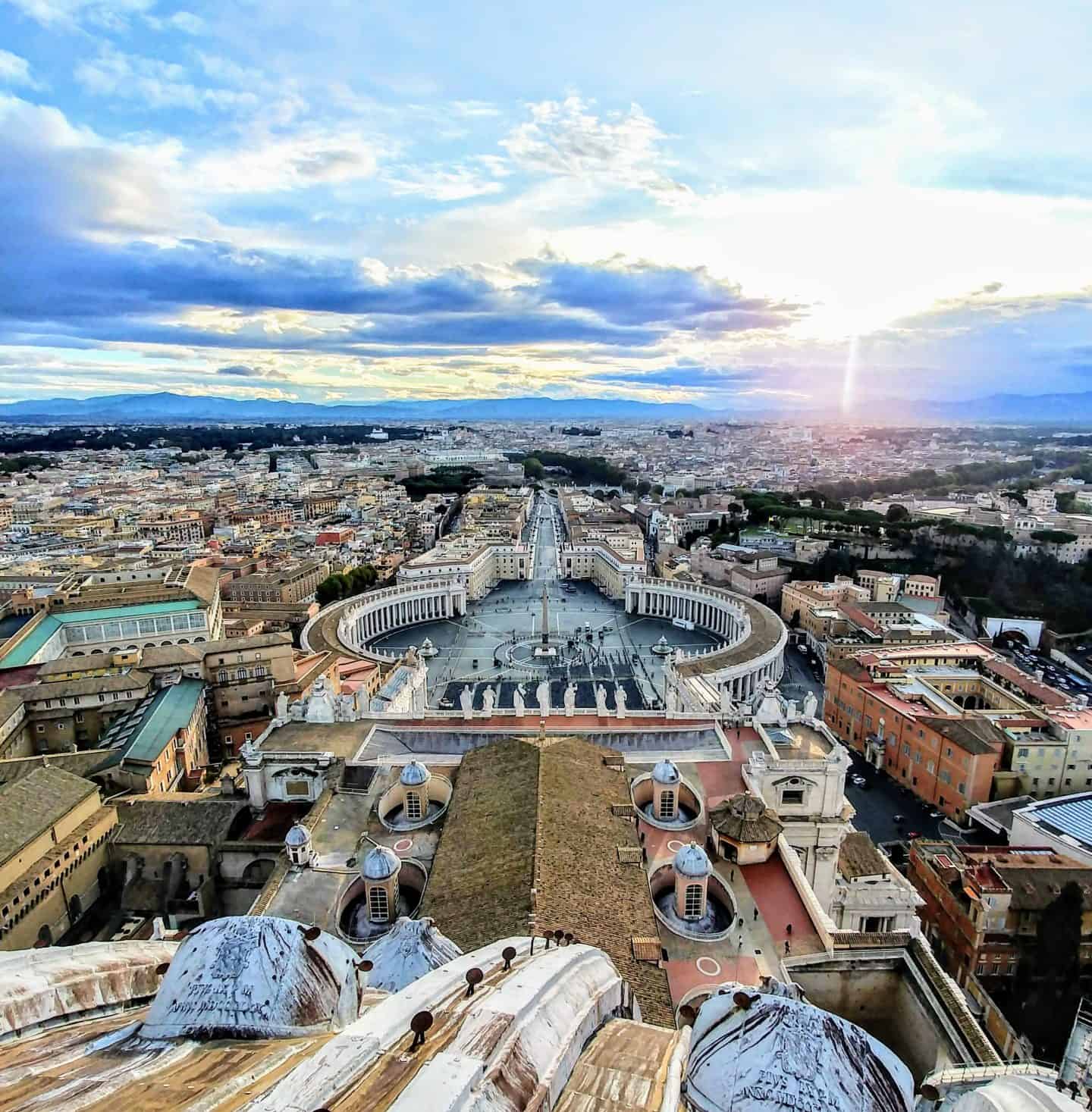 Italy shares borders with a number of countries, including Austria, Switzerland, and France. However, two of the smallest countries on the planet can be found “inside” Italy:

As of 2019, there are an incredible 55 UNESCO World Heritage Sites in Italy. These include famous landmarks such as the Colosseum, the Duomo di Milano, and the Leaning Tower of Pisa. 50 are cultural sites and 5 are natural. The newest addition is Le Colline Del Prosecco Di Conegliano E Valdobbiadene, a wine-growing region known for the production of prosecco.

There have been 15 major earthquakes recorded in Italy in the past 100 years, making this country Europe’s most earthquake-prone nation. What’s more, southern Italy is home to three active volcanoes: Etna, Stromboli, and Vesuvius (most famous for burying Pompeii).

Italy has one of the lowest birth rates in Europe, with only eight births for every 1,000 inhabitants, and the number is still falling. The Italian government even introduced an €80 monthly “baby bonus” for low-income families and new mothers, to encourage them to have more children! 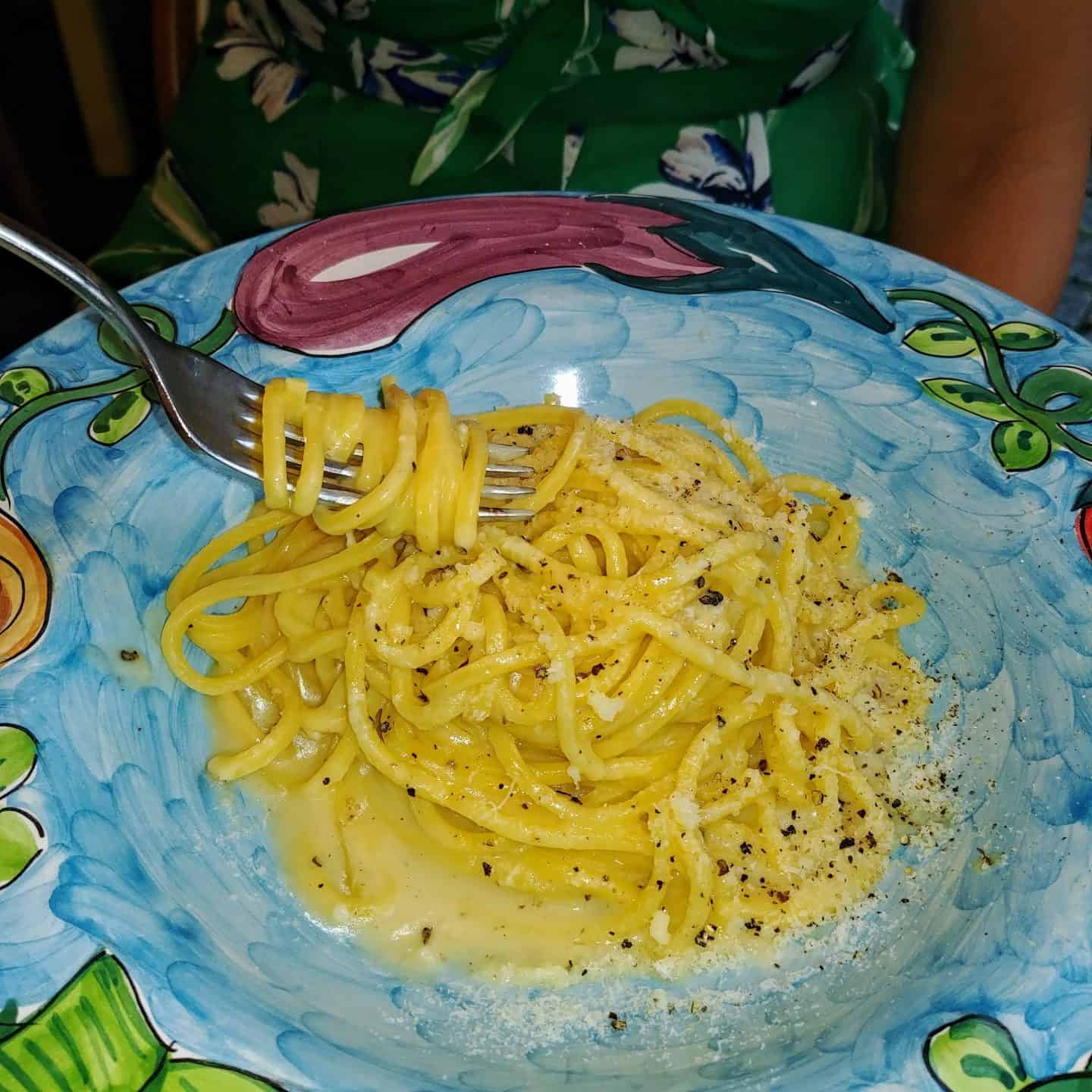 In 1889, humble pizza chef Raffaele Esposito created a special dish to honor the Queen Consort of Italy, Margherita of Savoy. The bread was garnished with tomatoes, mozzarella cheese, and basil, to signify the colors of the Italian flag. The rest, as they say, is history.

Italians tend to only use fruits and vegetables which are available during that time of year. Therefore, ingredients are always fresh, which is one of the reasons why Italian food tastes so good! For example, you’ll see artichokes on the menu in summer and eggplant during the winter.

Make sure you pack an over-sized glass because there’s a free red wine fountain in the region of Abruzzo. Located in the commune of Caldari di Ortona, the fountain was installed as a refreshing reward for those who take the Camino di San Tommaso pilgrimage.

Although it may be shocking to learn, the tomato, which features so prominently in Italian cuisine, is not native to the country. The fruit (or vegetable, depending on who you’re arguing with) was introduced in the 1540’s from the New World during the Colombian Exchange.

It’s common practice throughout the world to eat your ribbons of spaghetti, linguine, or tagliatelle with a fork and spoon, twirling the pasta so that it doesn’t drop down your shirt. However, a true Italian only eats pasta with a fork, twirling on their plate if necessary.

If you’re a keen traveler, you may have been caught out before by the 100ml maximum limit for liquids you can take on a plane. However, Italy’s Genoa Airport has made a special exception for the region’s specialty, pesto, which can be scanned through a special pesto x-ray machine. 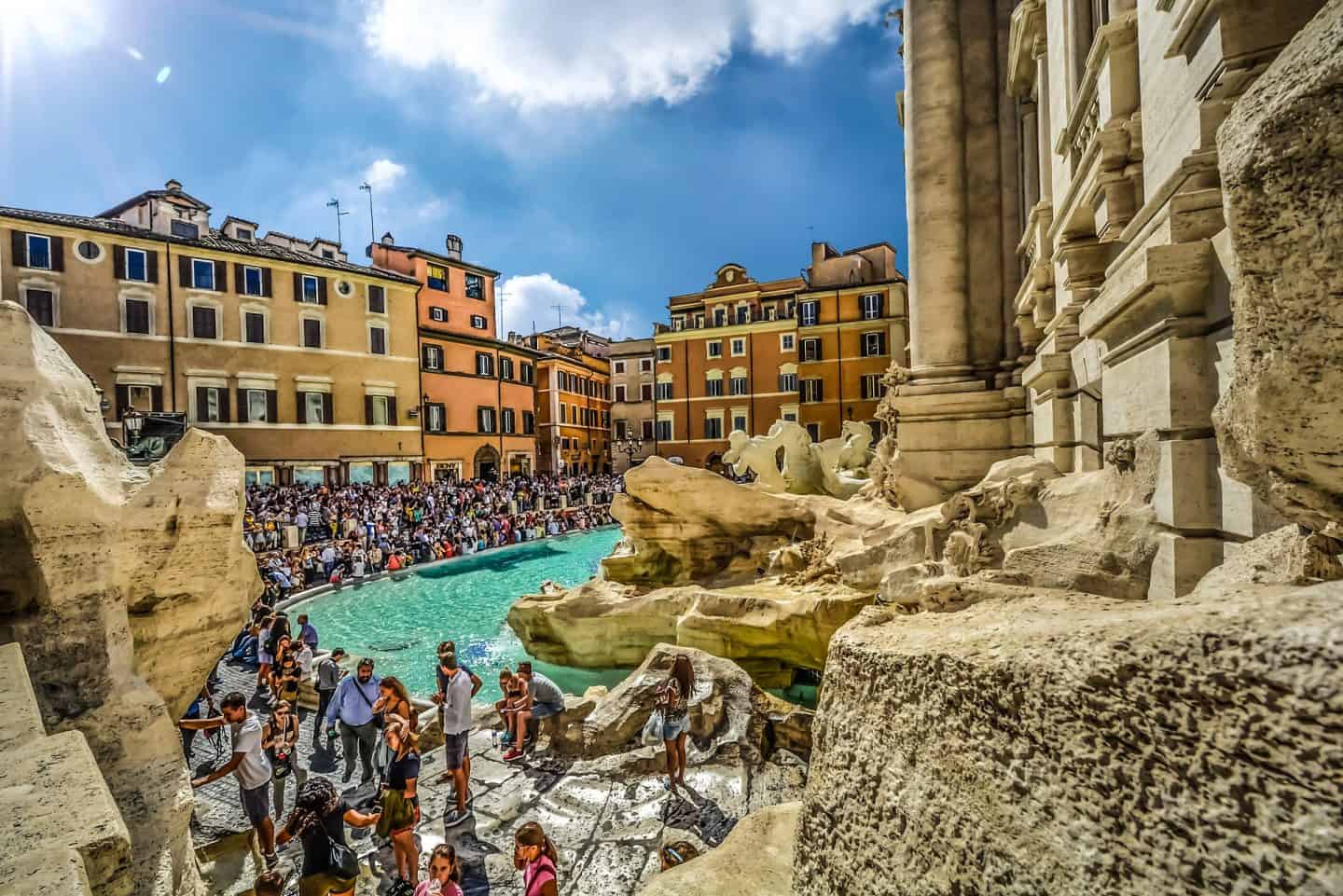 On your visit to Italy, you may notice that some hotels don’t have a 17th floor. The superstition over the number 17 is thought to come from the Roman numeral XVII, which can be rearranged as VIXI – Latin for “I have lived” or “My life is over.” However, the number 13 is still unlucky if there’s 13 around a dinner table, as this references The Last Supper.

In Italy, many international films are dubbed in Italian, rather than screened with subtitles. For consistency, the same voice actor dubs the work of the same international actor in all his/her films. For example, Brad Pitt’s Italian voice double will voice all his characters in all his films, throughout his career.

Rather than jolly St Nicholas, Italian children are brought presents by Befana, an old witch-woman who delivers gifts on the eve of the Feast of Epiphany (January 5th). If the child has been good, children’s socks are filled with candy, but if they’re bad then it’s a lump of coal.

The story goes that if you throw a coin into the Trevi Fountain, you’ll one day return to Rome. With so many tourists testing the theory (and eager to extend their trip, no doubt), around €3,000 euros are thrown in daily. The money is collected and helps subsidize a supermarket for the needy. 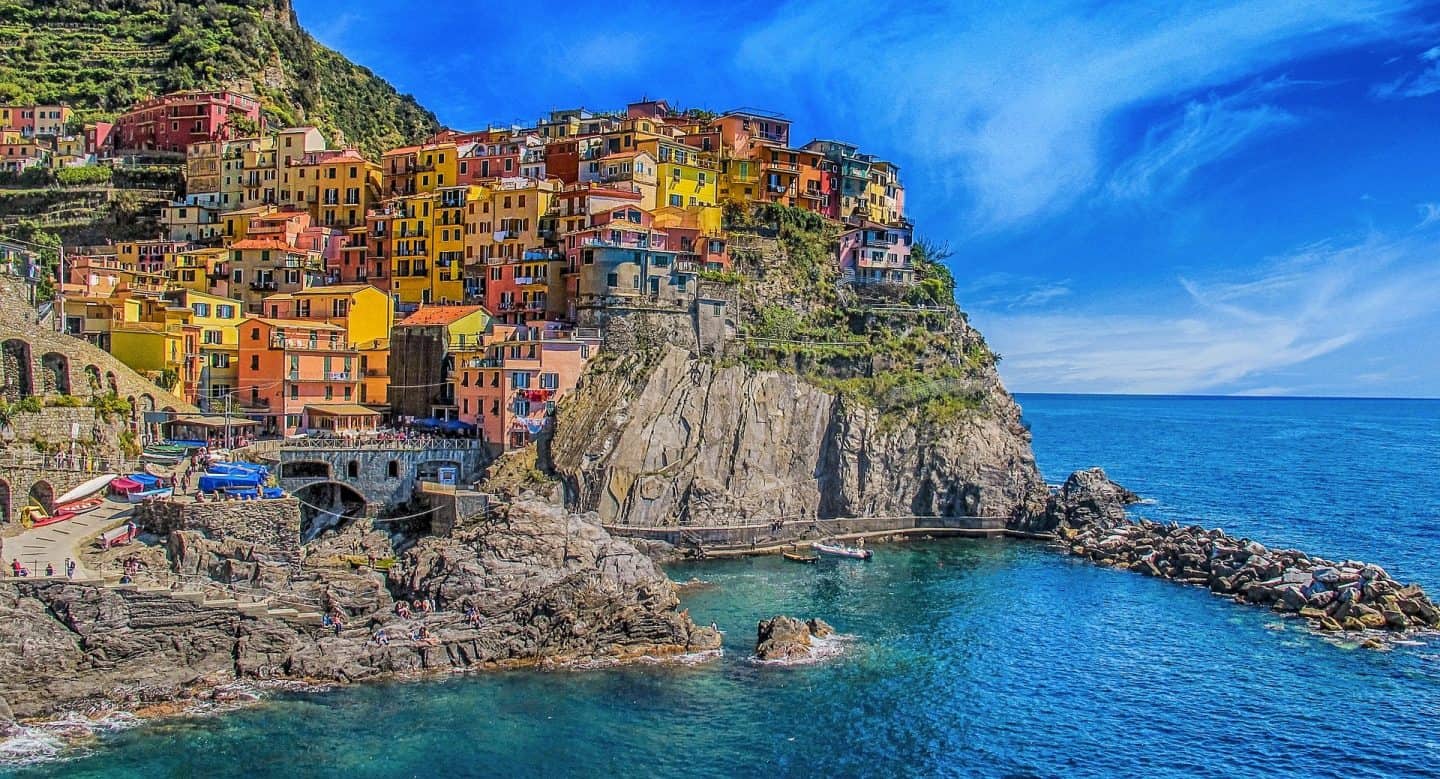 Throughout history, Italians have migrated around the world. Between 1880 and 1980, it’s estimated around 15 million Italians left the country, making this the largest voluntary emigration period in history. Today, over 15.7 million people in the United States identify as Italian Americans, whilst 62.5% of Argentina’s population has Italian ancestry.

Look at a map of Italy and you’ll see that the country is shaped like a boot, with a heel to the bottom right and the toes pointing left. Perhaps the boot is kicking a couple of rocks about (the islands of Sicily and Sardinia), which might explain why Italians are so good at football! 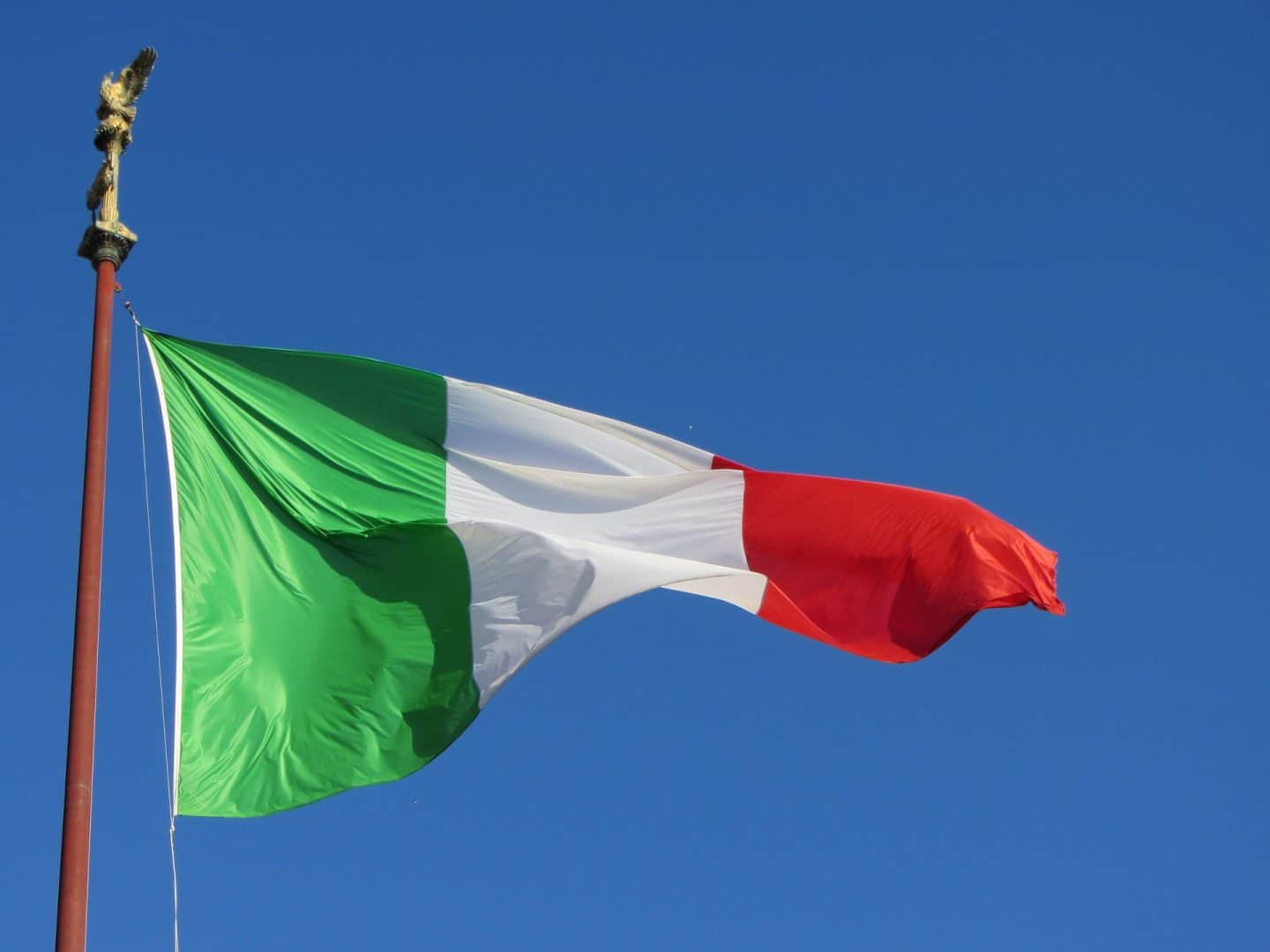 The Italian flag has three vertical stripes of green, white, and red, known as the tricolor (three colors). The green represents Italy’s land, the white is the snow of the Alps, and the red symbolizes the bloodshed of war. 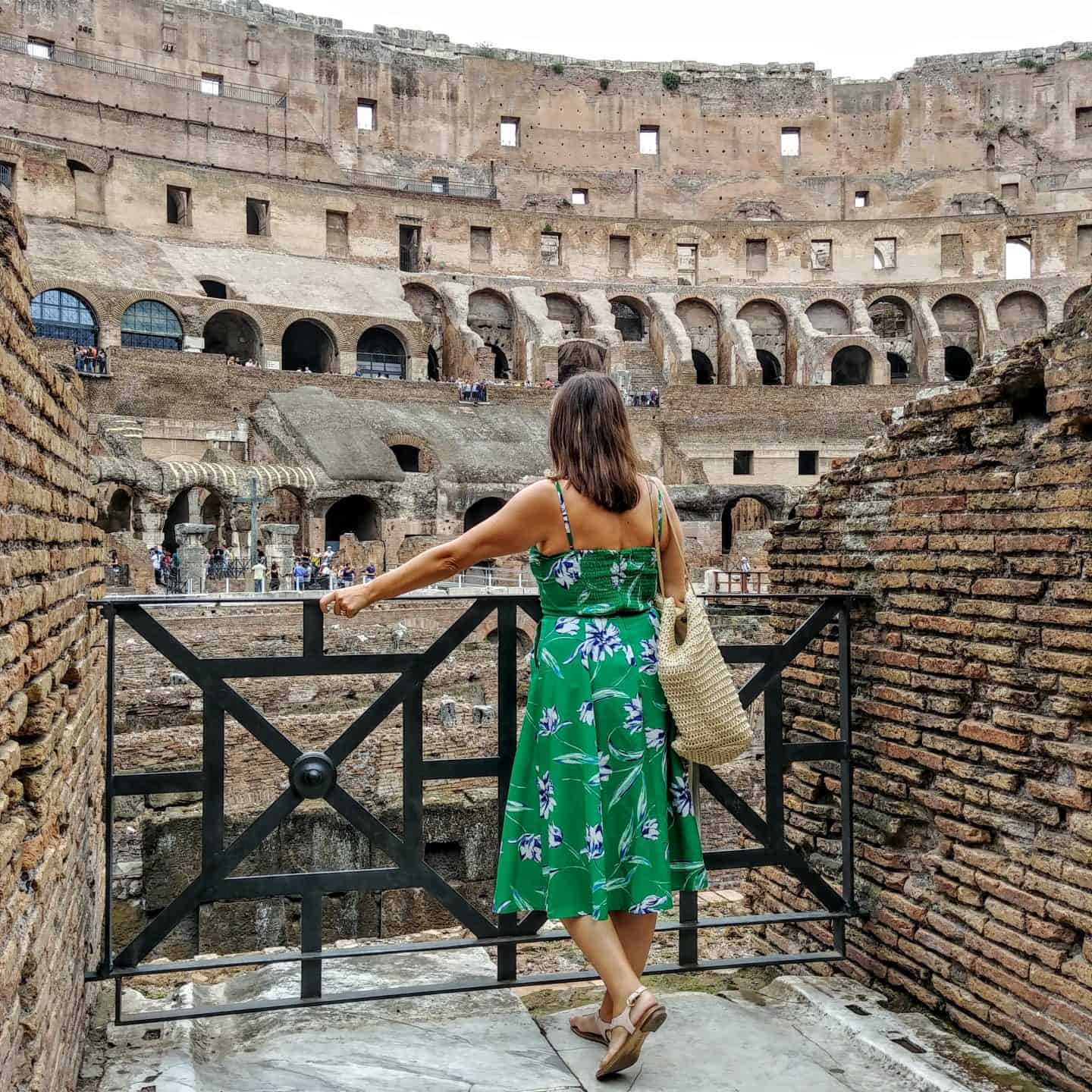 The Biggest Cities in Italy

Italian has historic roots in the Vulgar Latin of the Roman Empire, but modern Italian derives from the cultured Tuscan dialect, largely due to the influences of poets Alighieri, Boccaccio, and Petrarch in the 1300’s.

Yet, even as late as 1950, less than 20% of the Italian population spoke the language fluently, preferring to use regional dialects instead. It wasn’t until the 1948 Italian Constitution was established and the government decided to tackle illiteracy that the common language began to spread.

The introduction of television is largely credited with unifying the country linguistically, with state broadcasts starting in 1954. A special show called “Non è mai troppo tardi” (It’s never too late) was broadcast between 1960 and 1968, led by teacher Alberto Manzi. As a result of this program, many illiterate Italians learned to read and write.

The word “dialect” here doesn’t mean accent, but a whole different regional language. There are around 34 of these still spoken in Italy, although they aren’t uniform – subtle changes indicate the area where a person is from.

As the old joke goes, tie an Italian’s hands behind his back and he can’t talk. Some of Italy’s famous hand gestures emphasize feelings that words cannot fully describe, such as the hand-wringing “mamma mia!” or the finger-kiss to signify a delicious taste.

Yet, no one can fully explain why hand gestures are such an integral part of Italian communication. Some believe these gestures are how Italians communicated on crowded streets, or with foreigners, in the past. Either way, it’s a good idea to look up some common gestures before your Italy vacation, so that you’re clued into what’s going on.

In 1930’s and 40’s, dictator Benito Mussolini banned all foreign words from the Italian language, to try and unify the country through culture and language. This is why Italian children believe in Befana rather than Santa Claus, and also why Italians call Mickey Mouse Topolino!

The name Italia has a 3,000-year history and is believed to come from the words for calf or cattle, used by southern Italic tribes. In southern Italy, the bull was the tribes’ symbol and so they named their land after the animal. 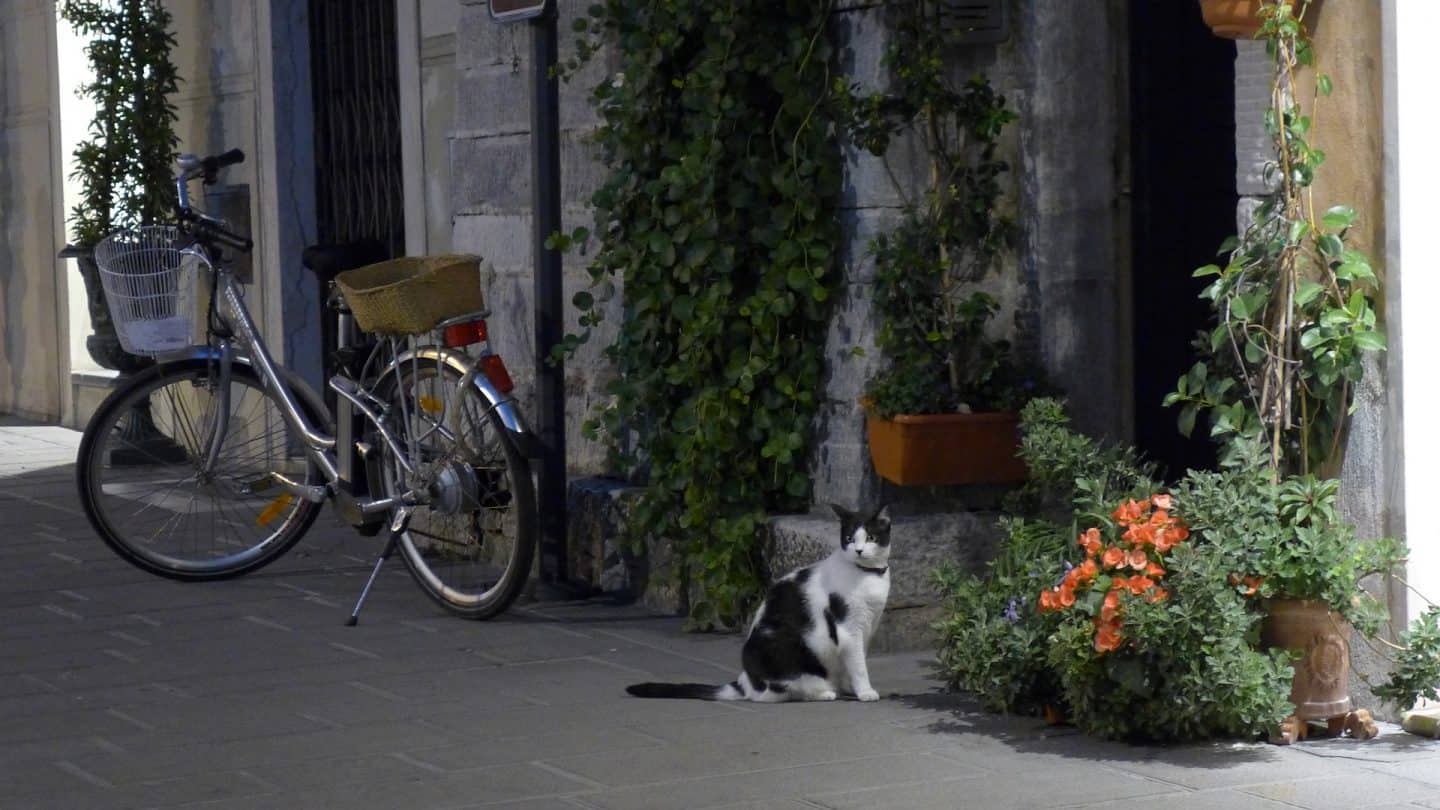 When property magnate Maria Assunta passed away at 94 years of age, she left her fortune to her black cat, Tommaso, or any animal welfare charity who would care for the feline. No suitable charity was found, so Assunta’s US$13 million fortune was given to the cat.

Italy is a very religious, Catholic country, and exorcisms are said to have tripled in recent years to approximately 500,000 per annum. The demand is so high that there is a call for more priests and more training to carry out the exorcisms. 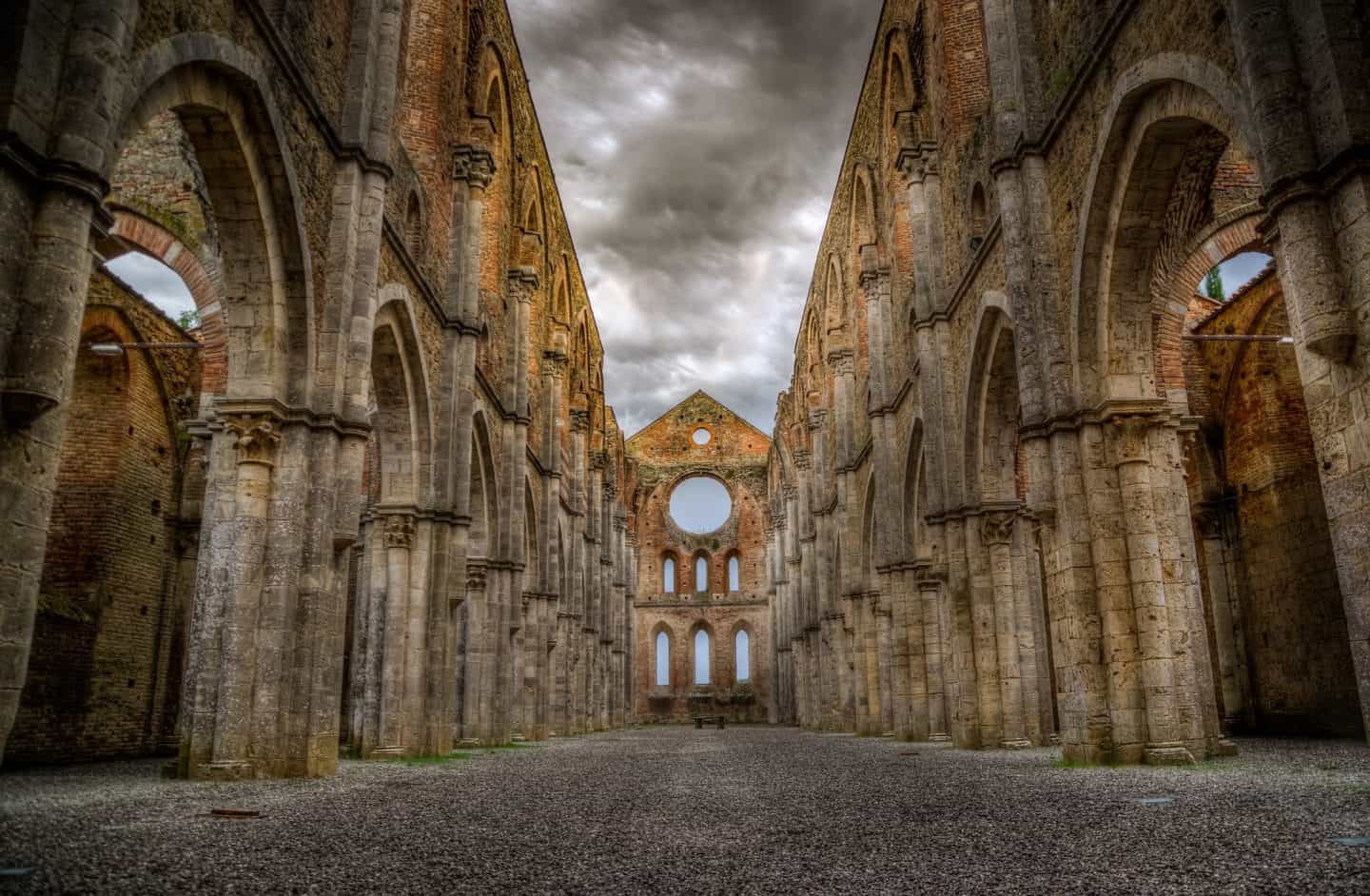 Are any of your favorite Italian fun facts missing from the list here? Or were there any surprising Italy facts you didn’t know about before? Let us know your most interesting fact about Italy in the comments.

And enjoy your trip to Italia!

If you are planning a trip to Italy, make sure to also check our other Italy travel guides:

Some posts on this site contain affiliate links, meaning if you book or buy something through one of these links, I may earn a small commission (at no extra cost to you!).

OUR FAVORITE ITALY TRAVEL GUIDES: CLICK BOOK TO LOOK INSIDE↓ 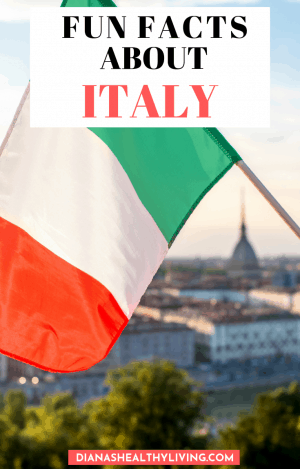 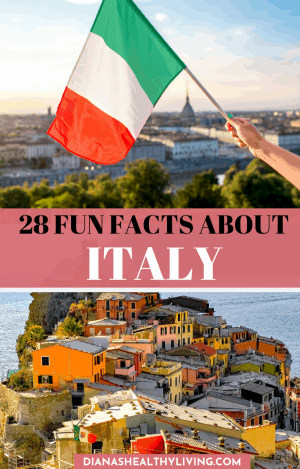