My husband and I have wanted to visit Boston for a long time now – he found a deal on a hotel so we decided to go. We love to jam pack our vacations and see as much as we can in such little time, after all we were only visiting for a couple of days.

Did you read where we stayed? Read about it here

If you love architecture, you will love Boston.  I fell in love with this city – we are already planning on going back in the spring when it’s a bit warmer so we can enjoy everything this city has to offer. If you love ghost tours then you must head to Salem for the Salem Ghost Tours during your visit. There are also numerous Good Will Hunting filming locations you must visit.

The Isabella Stewart Gardner Museum (ISGM) or Fenway Court, as the museum was known during Isabella Stewart Gardner‘s lifetime, is a museum in the Fenway-Kenmore neighborhood of Boston, Massachusetts, located within walking distance of the Museum of Fine Arts. The museum houses an art collection of world importance, including significant examples of European, Asian, and American art, from paintings and sculpture to tapestries and decorative arts. In 1990, thirteen of the museum’s works were stolen; the high-profile crime remains unsolved and the artwork’s location is still unknown.

The museum is amazing.

The North End, often called Boston’s “Little Italy,” is a one-square-mile waterfront community, bordered by Commercial and Causeway Streets and Atlantic Avenue, located within walking distance of Boston’s financial district and Government Center.  Hanover and Salem Streets, the two main streets of this bustling historic neighborhood, are lined with wonderful restaurants, cafes and shops, selling a variety of delectable edible goods. I am so glad we didn’t miss this gem of a neighborhood.

It was recommended that we check out Modern Pastry – so glad we did.  I think we gained 5 pounds 🙂 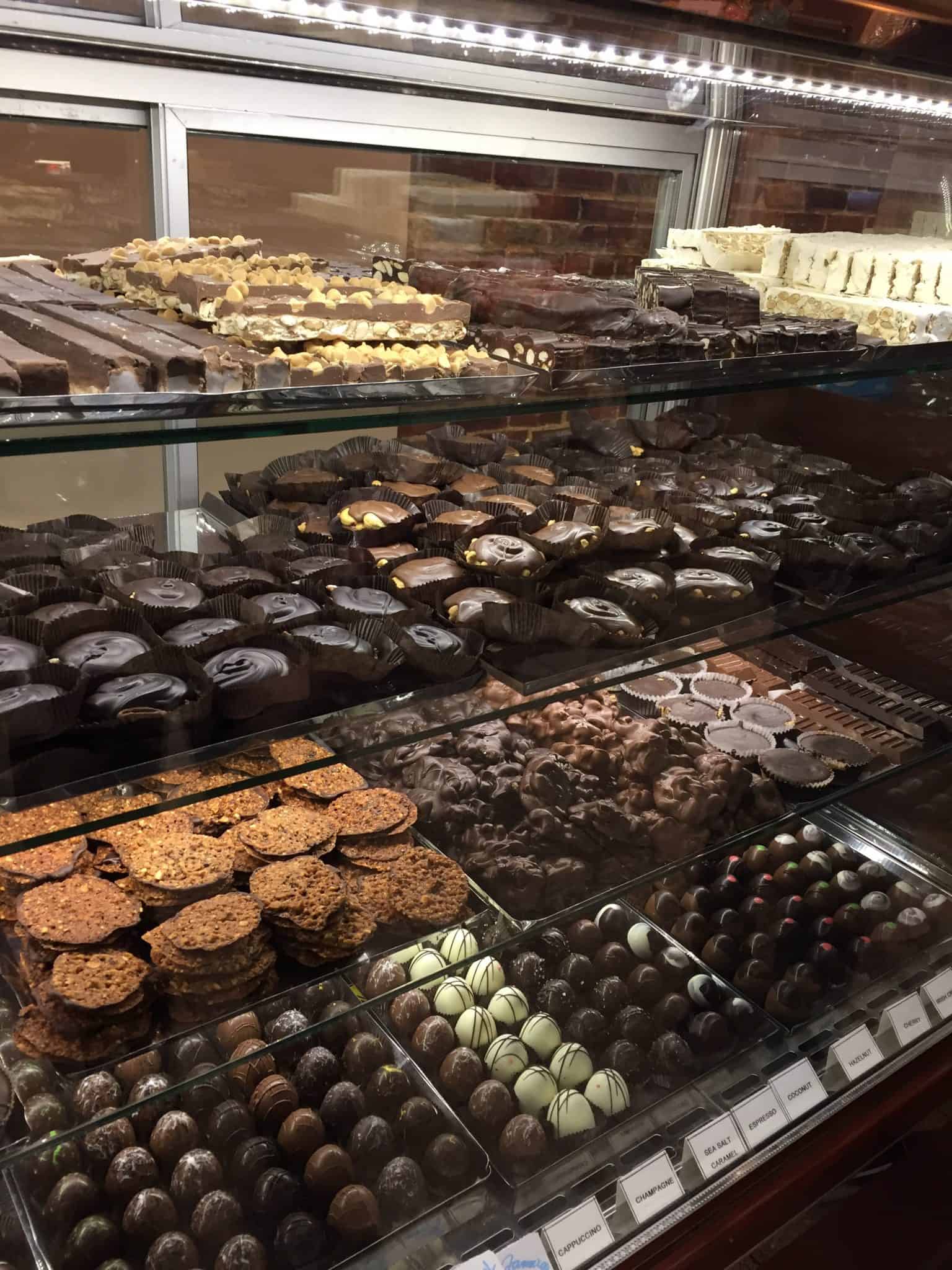 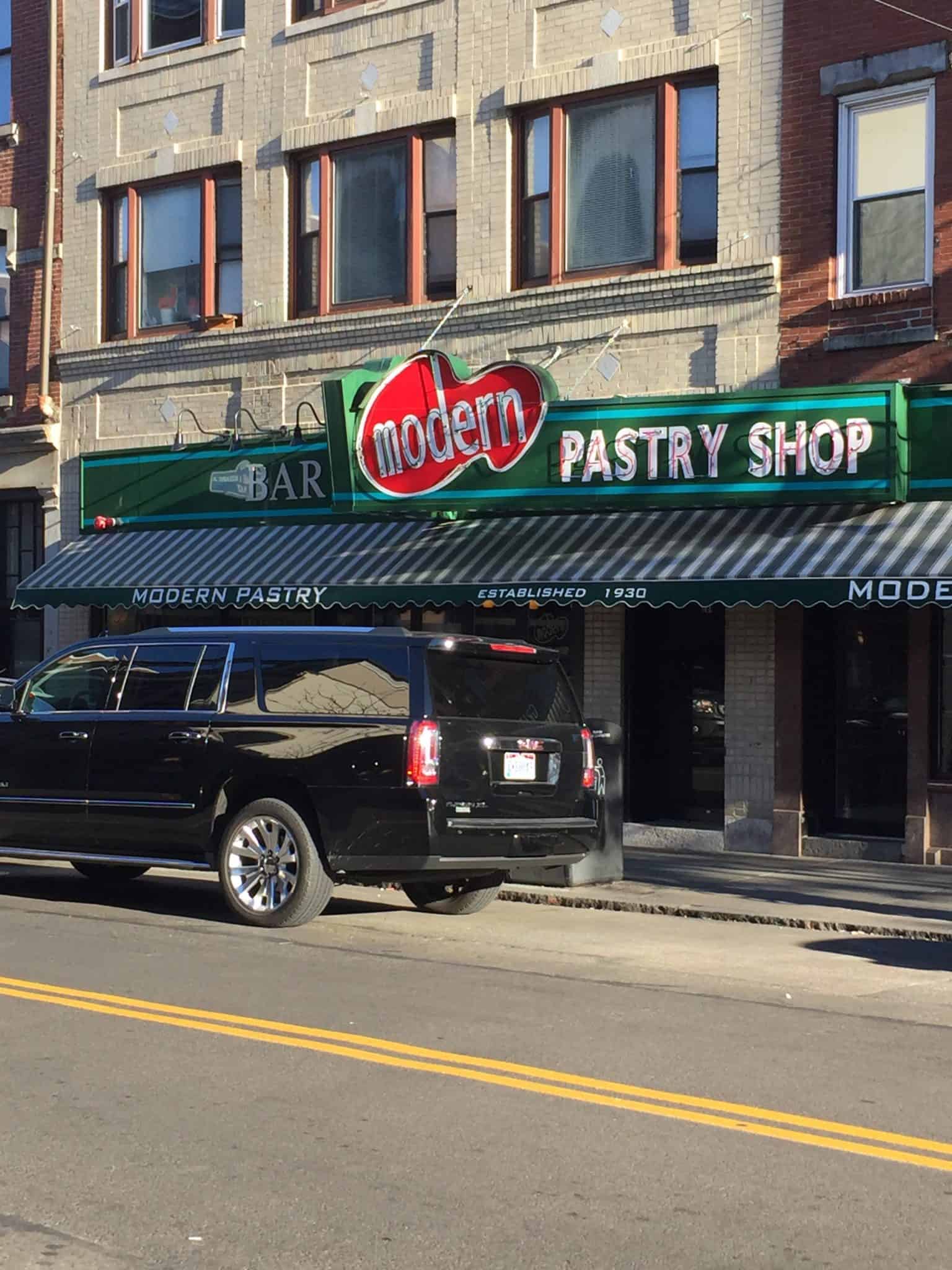 Long Wharf (built 1710-1721) is a historic pier in Boston, Massachusetts which once extended from State Street nearly a half-mile into Boston Harbor.

Although it was too cold to do much at the Wharf there are many activities offered such as cruises, trollies, whale watching, etc.  Sorry, no pictures 🙁

Newbury Street is located in the Back Bay area of Boston, Massachusetts, in the United States. It runs roughly east-to-west, from the Boston Public Garden to Brookline Ave.  The streets are lined with restaurants, stores, and little shops.

The shops along this strip are amazing – everything from high end to lower end and everything in between.  There is something for everyone. It is nice to just walk the strip. 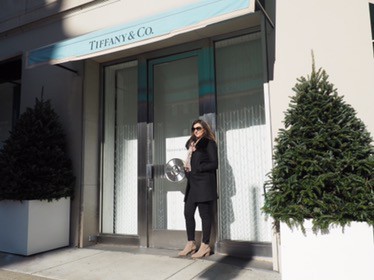 The Library is amazing – I have not seen anything like it.

Established in 1848, by the act of the Great and General Court of Massachusetts, the Boston Public Library (BPL) was the first large free municipal library in the United States.

It is a neighborhood of Federal-style rowhouses and is known for its narrow, gaslit streets and brick sidewalks. Today, Beacon Hill is regarded as one of the most desirable and expensive neighborhoods in Boston.

How amazing is this neighbourhood – love, love!

Copley Place is an upscale shopping mall in the Back Bay section of Boston, Massachusetts.

Customers enjoy unique, locally loved, and nationally recognized shops while indulging at their restaurants, pubs, and in the world-famous Quincy Market Colonnade.

Harvard University is a private, Ivy League research university in Cambridge, Massachusetts, established in 1636, whose history, influence, and wealth have made it one of the world’s most prestigious universities.

Great architecture.  The campus feels like a small little village (it is actually pretty big) . I think you actually need a full day to see everything.

I really enjoyed all Boston had to offer – I just wished it was a bit warmer to be able to enjoy the outdoors more……there is always next time.

Have you visited Boston?  What should I see the next time we go?

I have heart eyes ALL OVER this post!!! YAY! You did such a good job covering a lot! Luckily Boston is a walking city so getting from one end to the other is pretty quick! The only other things I would add to the list is The Prudential (although you may have seen it since you were in Coply), The Seaport District, and walking down Charles Street to the Charles River! You did so good covering all the best spots!!! The cannolis at Modern are my favorite- people obsess over Mikes Pastries too but its chaos in there! YAY so excited about your visit here! Come back soon!

Iknow there is so much more to see and do - we walked a lot but it was so windy and cold-that's why we plan on coming back!!

I love Boston! I definitely want to go back. We visited a lot of where you went but some places we didn't - like the Boston Public Library, we'll have to go to next time! Did you go to the aquarium? It's amazing! We also visited MIT which was neat.

we didn't get to the aquarium, we were only there for 3 days so crammed as much as we could and it was pretty cold out. Definitely the next time we will check it out. The Boston Public Library is amazing.