Looking for some fun and interesting facts about Canada? Oh, Canada! Gorgeous Canada is as famous for its stunning natural landscapes – evergreen forests, great lakes, mountain ranges – as it is for the friendliness of its people. From the endless refrains of “eh” and “sorry,” to the adorable accent on “out” and “about,” everyone loves a Canadian.

But there’s more to this fascinating country than snow-capped greenery and quirky Canadian slang. If you’re interested in learning more about Canada before your visit, here are some fascinating facts about Canada, including fun Canada facts for kids, Canadian history and geography facts, as well as some bizarre things you just won’t believe about Canada and its Canucks.

PLANNING A TRIP TO CANADA? CHECK OUT THESE POSTS TO HELP YOU PLAN YOUR TRIP:

Image by Clker-Free-Vector-Images from Pixabay

1. Canada is the second biggest country in the world, after Russia

2. Canada is spread out over 10 provinces and three territories

The difference between a province and a territory is that provinces receive power and authority from the 1867 Constitution Act, whereas territories have power delegated by the Parliament of Canada. Therefore, territories have a little less power than provinces, don’t have their own provincial governments, and cannot vote on changes to the constitution.

3. 90% of Canadians live less than 200 kilometers from the border with the United States

Despite being one of the largest nations on Earth by landmass, the vast majority of the 37 million Canadians live in the south of the country, close to the country’s nearest neighbor.

Who knew that countries have mottos? Considering that Canada touches the Pacific, the Arctic, and the Atlantic Oceans, it’s no wonder that these are the words that resonate most with the nation.

Image by diapicard from Pixabay

6. Canada has the most donut shops in the world

There are more donut shops in Canada per capita than anywhere else on Earth.

Between 2011 and 2012, 3,000 tons of maple syrup was stolen in Quebec, with a total value of C$18.7 million. This made the Great Canadian Maple Syrup Heist the most valuable theft in the country’s history.

8. The Yukon’s Sourtoe cocktail has a real human toe in it

In the Yukon’s Dawson City, you can find the unique Sourtoe cocktail, the ingredients of which include whiskey and a real human toe.

The first toe belonged to a miner, who had his toe amputated in 1920 and kept it in a jar, preserved in alcohol. In 1973, the jar was discovered, taken to the Sourdough Saloon, and the liquid poured into the glasses of those who were brave enough to drink it.

Since the original, seven more toes have been donated to the bar, though three have been swallowed whole with the drink (two by accident, one on purpose). The rule of the Sourtoe Cocktail Club is: “You can drink it fast, you can drink it slowly, but the lips have got to touch the toe!”

The traditional story is that poutine was invented by a Canadian. It originated in the 1950s in Warwick, Quebec when a trucker asked Fernand Lachance to add cheese curds to his fries. “Poutine” is Quebec slang for “a mess”.

10. Canadians eat the most mac and cheese in the world

11. The Hawaiian pizza was actually invented by a Canadian

The winning (and controversial) combination of cheese, pineapple, and ham was concocted by Greek-Canadian Sam Panopoulos from Ontario, who was inspired by the sweet and savory flavors of Chinese cuisine.

Image by StockSnap from Pixabay

12. Canada is the most educated country in the world

56% of Canada’s population have a degree or other higher qualification. That’s 6% more than the country in second-place – Japan. Canada also has an impressive literacy rate of 99%.

14. Vikings were the first explorers to reach Canada from Europe

Tools found in caves on the Bluefish River in northern Yukon reveal that Canada was inhabited as early as 20,000 years ago. However, the first recorded explorers from Europe were Vikings, who arrived around 1000 AD. Famous Italian explorer John Cabot didn’t reach Canada until 1497.

The name Canada comes from the word “Kanata” which means “settlement” or “village” in the language of the indigenous St. Lawrence Iroquoians.

16. Canada is home to the longest coastline in the world

The coastline of Canada stretches 202,080 kilometers. If you attempted to walk the whole length, averaging 12 miles a day, it would take more than 30 years to complete the task.

17. Three of Canada’s islands rank in the top 10 largest islands in the world

18. Canada is home to more than half of the planet’s lakes

Canada has a whopping three million lakes in total and 563 lakes are larger than 100 square kilometers, which is bigger than most countries. Canada’s largest lakes are Lake Huron in Ontario, Great Bear Lake in the Northwest Territories, Lake Superior also in Ontario and Lake Winnipeg in Manitoba.

It may come as no surprise then that Canada houses 20% of the world’s freshwater.

19. Canada is the world leader for uranium mining

20. Half of Canada is forest

And Canada’s forest makes up 10% of the total forest on the planet. No wonder timber is one of Canada’s biggest exports.

21. Canada and the US share the world’s longest border

The international border stretches for 8,891 kilometers.

Because of this low population density, there are only three people living per square kilometer of Canada. Also, Canada is very welcoming to immigrants and almost half of the people living in Canada were born in another country (Canada’s most common surnames are Smith, Lee, Wong, and Chan).

23. Calgary’s Chinooks are a weather phenomenon

According to native legends, the Chinooks are messages sent to warn people. The word “Chinook” means “snow eater,” which is also the name for a native community that lives on the north of the Columbia River, where the winds originate.

24. Canada’s national parks are bigger than some countries

Nahanni National Park Reserve covers an incredible 30,050 square kilometers, which makes this national park larger than countries such as Rwanda and Israel.

Alberta’s Wood Buffalo National Park is even bigger, with a size of 44,807 square kilometers, which makes it larger than the Netherlands and Taiwan.

25. Areas of Canada are “missing” gravity

Large parts of Canada around the Hudson Bay area have lower gravity than other parts of the world.

Theories as to why this is the case include the melting of the Laurentide Ice Sheet, which left a deep indentation in the Earth, or the convection of magma under the planet’s surface dragging continental plates down, which decreases both mass and gravity.

26. Canada has the world’s largest population of wild bears

Canada is the perfect habitat for its 15,000 polar bears (50% of the world’s polar bears live in Nunavut), as well as other species, such as black bears, Kermode bears, and grizzly bears.

27. Canada’s national animal is the beaver

Although the bear or the moose might seem more appropriate, Canada’s official national animal is the beaver. This is due to the historic beaver fur trade, which helped cement Canada’s place in the colonial economy.

28. Canada has its own version of the “Loch Ness Monster”

The story goes that Ogopogo, a dragon- or snake-like monster, inhabits Okanagan Lake in British Columbia. The lake monster was allegedly first seen by First Nations people in the 19th century, but this was likely misinterpreted as the “spirit of the lake,” rather than a physical animal.

30. You can send a letter to Santa Claus’s Canada address and get a reply

If you’re looking to get in contact with Santa, you can send a letter to the North Pole, H0H oHo, Canada. No matter which language you write in, you’re guaranteed a response.

Image by toptop54 from Pixabay

Up until 1965, Canada’s flag was the Canadian Red Ensign, a British red ensign with the UK’s flag in the canton and adorned with the coat of arms of Canada.  Then, it was replaced with the current Maple Leaf Flag.

Image by ElasticComputeFarm from Pixabay

The Biggest Cities in Canada

Canada’s capital city is Ottawa, but the largest city in the country is Toronto, followed by Montreal and then Vancouver (Ottawa is only the sixth-largest city in Canada). Interestingly, Montreal is the second-largest French-speaking city in the world after Paris.

33. Some number plates in Nunavut are shaped like polar bears

34. “Eh” is listed in the Canadian Oxford Dictionary

The famous interjection is defined as: “ascertaining the comprehension, continued interest, agreement, etc., of the person or persons, addressed.”

35. Canadians had to pass a law on apologizing

Everyone knows how much Canadians love to apologize, but this often led to complications in court cases, where apologies were misinterpreted as admitting guilt. Therefore, in 2009, Canada passed the Apology Act, which meant apologies could be admissible in court.

You can call this number to get general information on government programs and services.

37. In British Columbia, it’s illegal to kill a Sasquatch

One of Canada’s more bizarre laws dictates that hunting and killing a mythical Bigfoot is illegal, and anyone who kills wildlife life unauthorized in the province of British Columbia (even if that wildlife is fictional) can face a fine of $250,000.

38. Comic books depicting a crime are illegal in Canada

This law is quite obscure, considering that comic books have strong roots in Canada. Superman was co-created by Toronto-born graphic artist Joe Shuster, whilst Wolverine also hailed from north of the border.

Other Interesting Facts About Canada

39.  Residents of Churchill, Canada, leave their cars unlocked to offer an escape for pedestrians who might encounter Polar Bears.

41.  98% of Canadians can speak either or both English and French.

43.  The U.S. / Canada Border is the longest international border in the world and it lacks military defense.

44.  In Newfoundland, Canada, the Atlantic Ocean sometimes freezes so people play hockey on it.

45.  In 2015, a Canadian man was arrested after tying more than 100 balloons to a garden chair and flying over the city of Calgary.

46.  In Canada, Mexico, India, Russia, and Israel, bank notes have Braille-like markings for the blind.

48.  Canada has the third-largest oil reserves of any country in the world after Saudi Arabia and Venezuela.

50.  Before he was the Canadian prime minister, Justin Trudeau worked as a nightclub bouncer and a snowboarding instructor.

This map of Canada shows all the Canadian Provinces and their capitals. 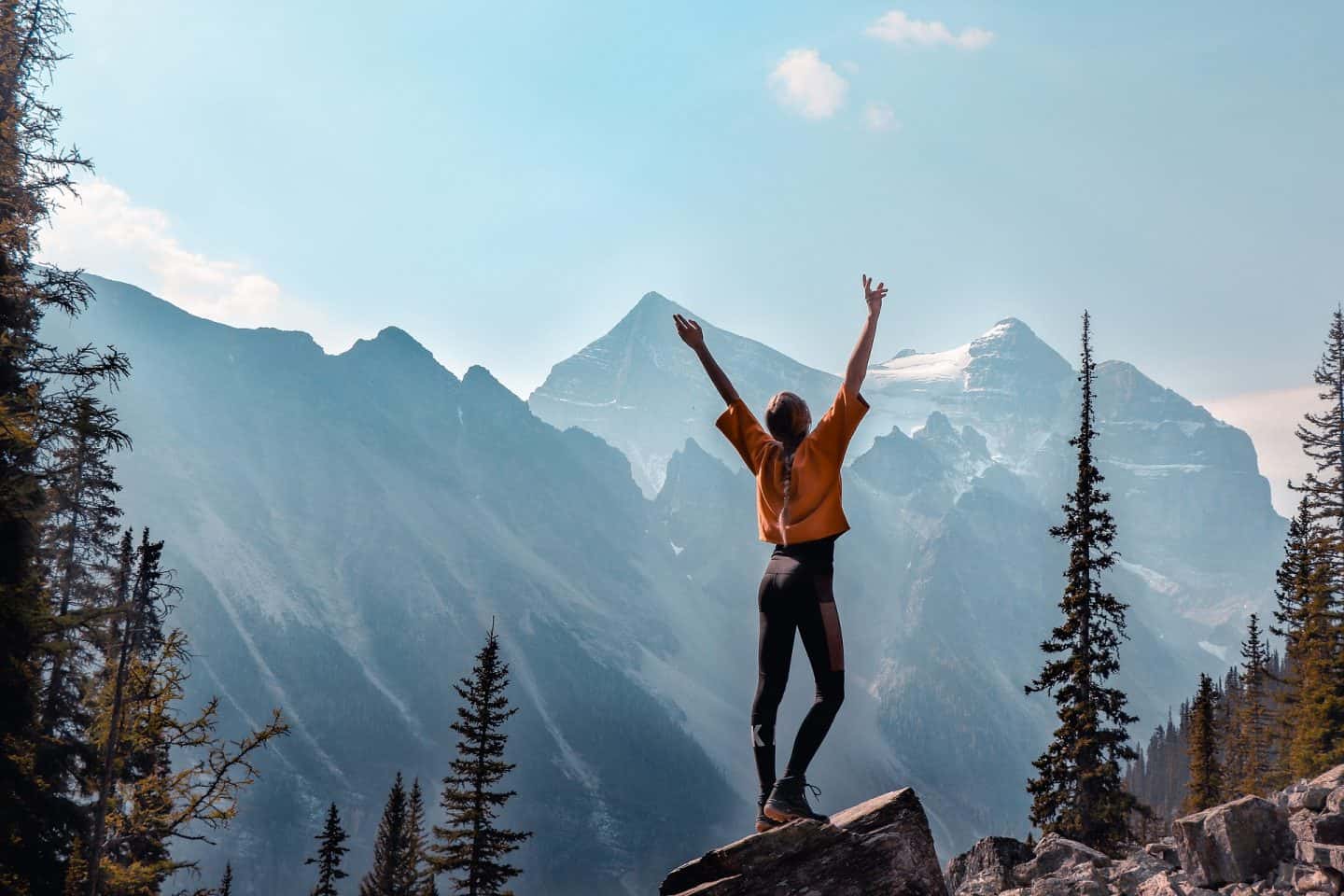 Image by denkendewolke from Pixabay

Here are some general Canada Facts about Canada if you are interested in the population of Canada, the official language of Canada, the Canadian Currency, Canadian Time Zone, etc. 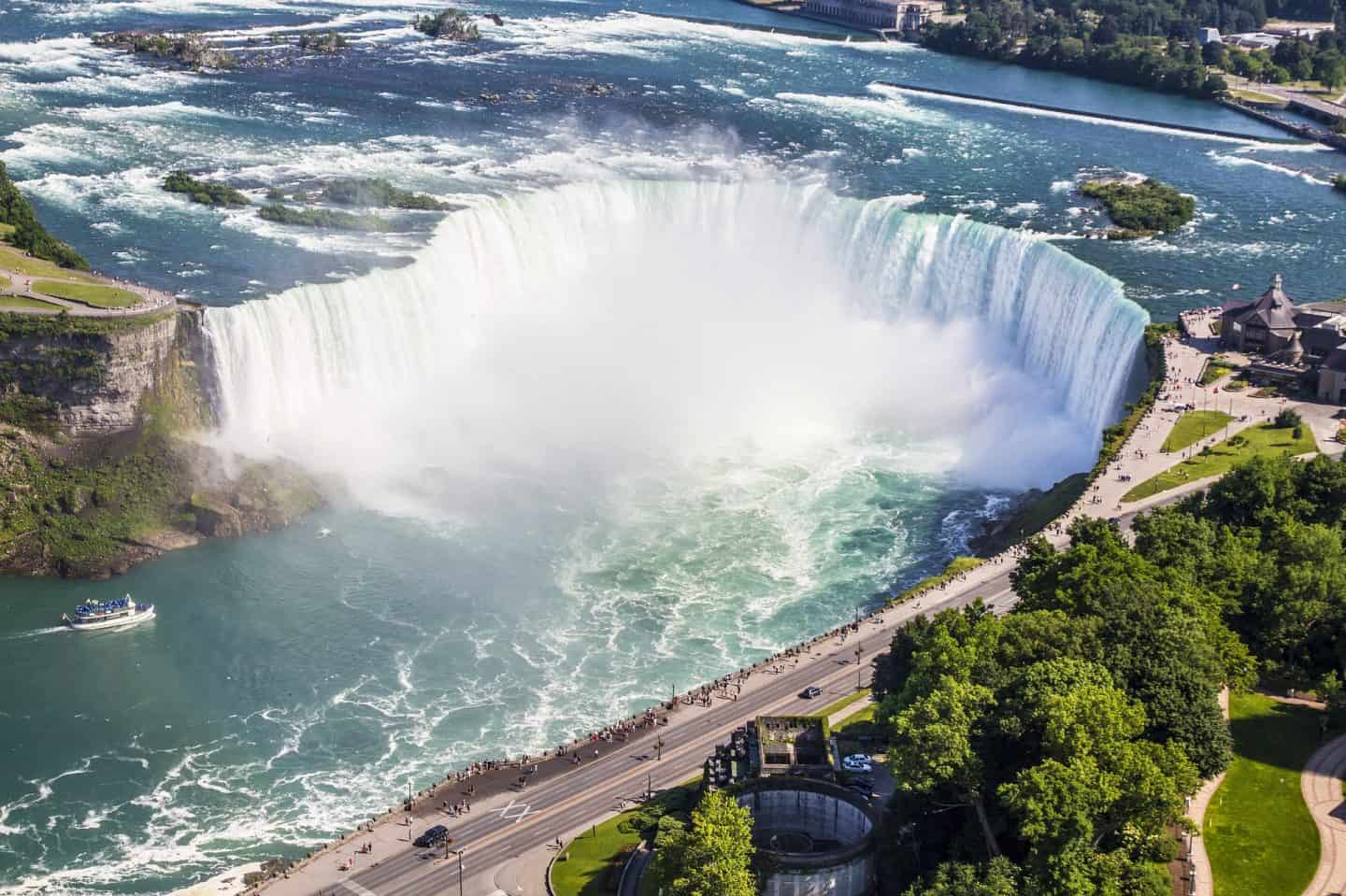 Image by Jeff Leonhardt from Pixabay

So, what do you think? Did you know all of these fun facts about Canada already, or did you learn something new? Were there any weird and wonderful Canada facts that took you by surprise? Let us know your favorite fact in the comments below (or add your own).

Enjoy your travels to Canada!

Enjoyed reading Interesting and Fun Facts About Canada? Pin it!