19 Famous Landmarks in Spain You Must Visit

Want to visit the famous landmarks in Spain? Spain is said to be the country with a thousand different countries in it. The food it offers and its culture, people, football, town, and landscapes are famous worldwide. Apart from all these, Spain is quite famous for its landmarks as well. Along with the delicious Spanish Food, People across the world come eagerly to see these landmarks. They are special and unique in their own way.

With so many landmarks catching people’s eyes, a few of them are more than 500 years old and still stand and attract people from across the world. If you are thinking about visiting Spain you cannot miss seeing them. Here is a complete list of all landmarks in Spain that are worth visiting.

Park Guell is the most renowned landmark in Barcelona and is one of the most beautiful public parks in the world. It was built between 1900 and 1914 and still stands strong. The park is designed as a space where man and nature can co-exist in peace. Park Guell offers a beautiful view of the city and Meditaerrrian and it gets about 12 million tourists across the world per year.

The Sagrada Familia is the most iconic landmark in Barcelona and the most visited landmark in Spain. This catholic church represents the life of Jesus and the history of faith. The construction of this church began in the late 19th century and it is not finished yet.

The reason behind that is the architect Gaudi dedicated his whole life to build this church, he worked on this site for over 40 years and in his last years, he did nothing but work on this church. After his death, his assistant couldn’t finish the work and it is still under construction. The church is said to be ready by 2026.

La Rambla is the first landmark that tourists identify with the city most often. It is a tree-lined pedestrian street in central Barcelona. The area is usually crowded because it is such an icon of Spain.

If you are fond of art, you can also visit the Centre d’Art Santa Monica, which has an art gallery. You can even take your family on a walking tour of the bustling city to take in the sights.

Casa Batllo is built centrally in Barcelona. Designed by the famous architect Antoni Gaudi, it is considered one of his prominent masterpieces. It is also known as “the House of the Dragons” because of its iconic design. If you look through the cathedral glass that adorns the landing on every floor of this building, it seems as if you are deep under the sea or looking at crystal clear water. The place is full of surprises and you will definitely have a good time there.

La Pedrera or Casa Milà is a very intriguing masterpiece to nature. Like a rumbling ocean, the structure swirls and waves. There isn’t a single right angle or straight line in sight. Gaudí envisioned it as a “petrified wave.” He achieved this by contrasting elements such as a heavy, stolid stone facade and a wavy form. The architecture seems unreal and gives tourists an experience they can never forget.

The Palau de la Música Catalana is a flamboyant rose-covered wonderland in Barcelona. Lluis Domènech I Montaner, an architect who was just as famous as Gaudi at that time, designed this magnificent concert hall between 1905 and 1908. The design is astounding and you have to see it for yourself to believe how beautiful it looks. The musicians love its acoustics and the tourists love the architecture. It is quite a remarkable symphony of stained glasses, mosaics, and sculptures.

The Royal Palace Madrid is the third-largest Palace in Europe. The palace was built by the Bourbon Dynasty in 1751 in an Italianate Baroque style. It served as a residence for royalties till 1931 but now a few of its parts are open for visitors.

Out of 2800 rooms, only 50 are open for visitors, and each room reflects a different decorative style and historic period.

Built in the 17th century, Plaza Mayor is the heartbeat of Madrid. The square was once a part of many Festivals, markets, bullfights, royal promenades, and the excesses of the Spanish Inquisition that happened here.

The famous square is surrounded by symmetrical three-story burgundy-colored buildings that are now high-end private residences. A statue of King Phillip III astride his mighty stallion stands in the Plaza’s middle. On a Sunday morning in Madrid, you’ll find a busy stamp and coin collector’s store.

Golden Triangle in Madrid is a trinity of three absolutely world-class art museums: The Prado, the Reina Sofia, and the Thyssen-Bornemisza. Among these three art museums, Prado holds significance more than the others. It is Spain’s artistic gem, with one of the finest and most sensuous painting collections in Europe. In Madrid, the Prado is a must-see attraction. The Prado was opened in 1819 as the Royal Museum of Paintings.

The Reina Sofia is Madrid’s fantastic modern art museum, which opened in 1992. Its collection is entirely made up of works of art from 1900 to the present.

The Thyssen Museum, which opened in 1994, has something for all. The museum covers every significant era in Western art, from the 13th century Italian Renaissance to 20th century Pop Art, with a mix of contemporary and classic pieces.

It also houses a significant number of nineteenth-century American paintings that are not found anywhere else in Europe.

After defeating the Moors in the Reconquista in 1402, King Ferdinand and Queen Isabella began construction on a Gothic-style cathedral in earnest. They desired a flamboyant display of Seville’s wealth, power, and clout. There are spires and reliefs devoted to saints representing biblical events. You’ll have to wait in line to look into a big mirror that reflects the intricate ceiling.

Plaza Espana is amongst the famous architectural landmarks in Spain. It was designed for the 1929 Ibero-American World Fair, which featured a year-long festival of mutual admiration between Spanish-speaking countries. The Spanish Pavilion, a sweeping half-circle structure with rose gold brick houses, is the park’s highlight.

The Plaza, which was built in an Art Deco style with Moorish influences, has the typical Spanish flair with lots of color and lavish embellishment. The tiles depict historical scenes and maps from each of Spain’s 49 provinces, which are arranged alphabetically.

The city’s symbol is the Segovia Aqueduct. The aqueduct is one of Spain’s most incredible ancient landmarks, as well as the best-preserved example of Roman civic architecture in the country. Frontinus, the historian, calls it “the most solemn testimony of the Empire.” The aqueduct, which is over 200 years old, is made up of 167 arches backed by 2500-foot-long pillars. It’s made up of 20,000 granite blocks that aren’t held together by mortar.

Until the twentieth century, it was a working aqueduct. It now resides in a bustling Segovia square, where it is a part of daily life.

City of Arts and Sciences, Valencia

Spain is both ancient and new at the same time. The City of Arts and Sciences, designed by Spanish architect Santiago Calatrava, is a beautiful collection of contemporary buildings in Valencia. It is a large-scale cultural and scientific recreation center in the city. This city of 350,000 square meters is located in the former dried-up riverbed of Turia, halfway between the old city of Valencia and the coastal district of Nazaret. You don’t have to enter the buildings to see anything amazing as you leave old Valencia and enter the modern City of Arts and Sciences. The futuristic city can inspire you enough from the outside.

The Cathedral of Santiago de Compostela is the final stop on a mystical pilgrim’s journey. The construction of this Cathedral started in 1705 during the reign of Alfonso VI. it was built in the Romanesque architectural style and over the years, Gothic, Baroque, and Neoclassical elements were included in the structure.

The facade of the cathedral is an amazing example of Spanish Baroque design. It is the burial place of the apostle of Jesus Christ, Saint James the Great. The Cathedral is an integral component of the Santiago de Compostela World Heritage Site in Galicia, Spain.

The Guggenheim Museum Bilbao is a modern and contemporary art museum designed by Frank Gehry, a Canadian-American architect. King Juan Carlos I of Spain inaugurated the museum on October 18, 1997, with a display of 250 contemporary works of art.

The Guggenheim Museum is perhaps Wright’s most significant late-career structure. Space’s unusual architecture, with its spiral ramp leading to a domed skylight, continues to enthrall tourists and provide a one-of-a-kind venue for the presentation of contemporary art.

The New bridge in Ronda started building in 1759 and took 34 years to complete. Above the central arch is a chamber that has been used for a number of purposes, including as a prison. The New Bridge, constructed between 1751 and 1793, is the most emblematic and beautiful monument in Ronda, Malaga. It protects the Tajo de Ronda, a gorge more than 100 meters deep that was excavated by the river Guadalevn over time.

Construction of a bridge of this size in the first half of the 18th century was a true milestone in bridge history, surpassing all previous structures of this kind on the planet except those constructed by the ancient Roman Empire.

The Cathedral of St. Mary of Burgos is a Catholic church dedicated to the Virgin Mary that is located in the historical center of Burgos, Spain. This religious structure is well-known for its large dimensions and rich and unique past, as well as being a masterpiece of Spanish Gothic architecture. The cathedral was added to the list of UNESCO World Heritage Sites in 1984.

The cathedral is Gothic in nature, but there are some decorative Renaissance and Baroque elements as well. The limestone used in the building and repairs came from quarries in the nearby town of Hontoria de la Cantera. The building’s construction began in 1221 and was not completed until 1260. It was intended to replace a Romanesque church constructed in the eleventh century and thus establish a true temple.

The Roman Amphitheatre of Italica is a ruined Roman Amphitheatre in modern-day Santiponce, Andalusia, Spain. It was one of the largest in the Roman Empire and was constructed during Emperor Hadrian’s rule, roughly between the years 117 and 138.

Amphitheatres in ancient Rome were large public venues with rows of seating around the perimeter. Gladiator battles, chariot races, venationes (animal hunts), and executions were all held there.

It was designed to accommodate up to 25,000 spectators, but Italica is thought to have only about 10,000 people. It would go on to be recognized as one of the Roman empire’s largest amphitheaters. The theatre is a magnificent example of Roman architecture and technological development. It is a must-see landmark.

The theatre was built between the years 16 and 15 B.C., according to the inscriptions on the theater and it was the consul Marcus Vipsanius Agrippa who ordered it to be constructed. It underwent many reforms over time. The stage was elevated in the first century A.D., as it is today. It was remodeled again in the fourth century A.D. It is Mérida’s crown jewel of Roman monuments and on 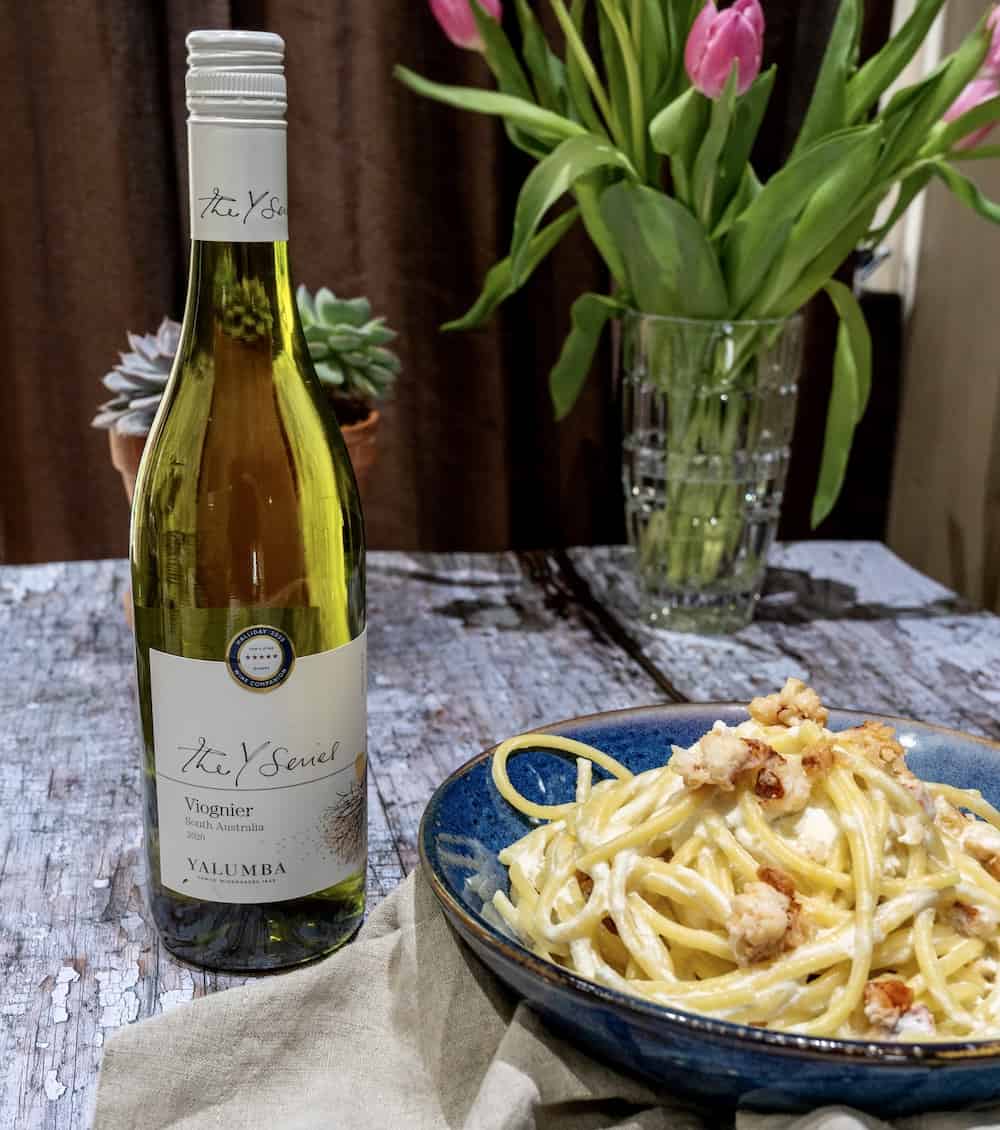 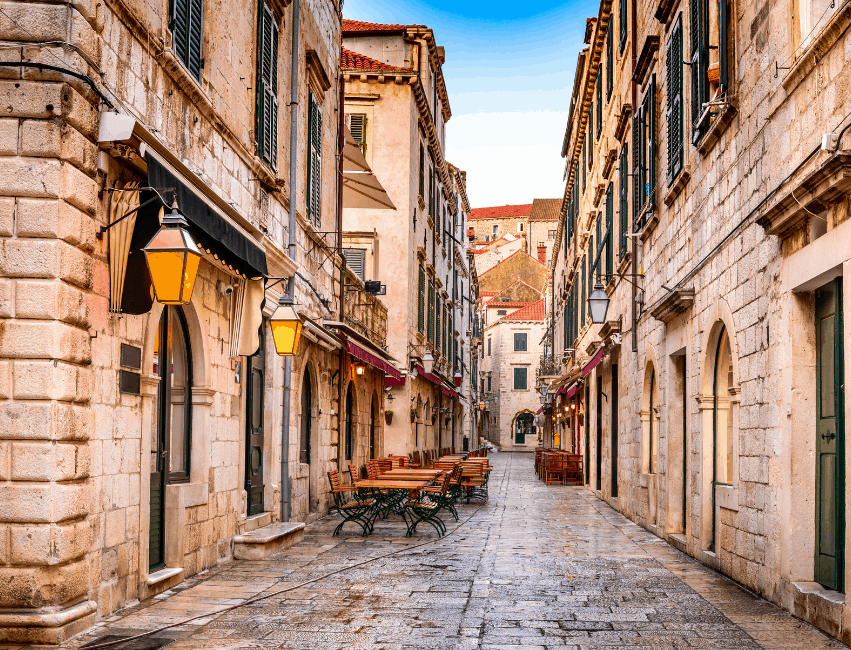 Next →
Is Croatia Safe For Travel? Feel Confident Traveling to Croatia