Planning on visiting Iceland and looking for the top Icelandic food to try? Iceland, a small and remote island just south of the Arctic circle, is known for being one of the safest and happiest places on the globe, it’s also one of the coldest, but nonetheless amazingly beautiful. There are strong bonds and trust in the country’s small population.  During our visit to Iceland in March, we go to try all of the delicious food of Iceland.

More than a third of the population lives around the country’s capital, Reykjavik, which has more than 200 restaurants in the center, serving traditional and modern Icelandic food. A very popular and beloved way to experience authentic Reykjavik food is the walking tours the city offers for tourists and enthusiastic foodies.

Traditional Icelandic food could be called simple, yet it’s easily one of the healthiest one on the globe. The small island of Iceland is remote, far away from neighboring lands, surrounded by the cold Atlantic Ocean, and its land is mostly barren.

For long centuries, to survive under these harsh conditions, the relentless and hard-built Icelanders (Íslendingar) had to eat anything they could catch from the sea and breed lamb that the first settlers brought with them. That’s why the traditional food of Iceland is mostly made of seafood and lamb.

Luckily for them, the Atlantic Ocean is clean, and home to the globe’s healthiest marine life. The Icelandic lamb is also one of the healthiest on the planet since they grow up breathing this clean Icelandic air and eating only fresh grass.

What is the most eaten food in Iceland?

Pylsa (pulsa) or a hot dog – often listed as the top thing to eat in Iceland, it is made from a blend of lamb, beef, and pork.

Do they eat puffins in Iceland?

Puffin is not as readily available in shops as it used to be. Although it isn’t as common, you will be able to find Puffin on some menus in restaurants.

What is the national dish of Iceland?

I’m not sure if lamb is the national dish but they do eat lamb often and there are more lamb than people in Iceland.

What is a typical breakfast in Iceland?

Icelanders love dairy for their first meal of the day. I loved Skyr for breakfast when I was in Iceland. It is like Greek Yogurt but thicker and tastier.

Why do Icelanders eat rotten shark?

Fermented shark or “kæstur hákarl” is it is called in Icelandic is simply a way for Icelanders to stay in touch with their roots and ancestry.

Is there a Starbucks in Iceland?

There’s no Starbucks in Iceland.

Is there McDonald’s in Iceland?

Reykjavík is currently the only Western European capital city without a McDonald’s restaurant, as Iceland is one of only a few countries in the world where the hamburger chain has no restaurants. The US based fast food franchise once operated four restaurants in Iceland, but the last of these closed its doors in 2009.

This Iceland Food post may contain affiliate links. Purchasing or booking through these links earns us a commission at no extra charge to you. Thank you.

Book your Icelandic Food tour here to eat your way through Reykjavik and trying all the delicious food of Iceland.

10 Icelandic Food You Must Try – Food of Iceland

As already mentioned, the lamb in Iceland ranges free and feeds on wild grasses and Icelandic moss, and breathes the extremely fresh Icelandic air, all of these resulting in the animal growing naturally and healthy. This means their meat is really healthy and good tasting.

The Icelandic lamb fillet, or tenderloin, is very soft meat, one of the softest parts of the animal. It’s made from a part that the animal barely uses (from under the short loin), which means this piece of meat has no fat and no connective tissue. It’s so tender it almost melts in your mouth. Lamb fillet is very rich in protein, vitamin B12, iron, and zinc.

Now don’t let the name scare you away from this delicacy. Matur og drykkur, a famous Reykjavik restaurant that prepares centuries old traditional Icelandic dishes, makes amazingly delicious codhead. The Codhead is really big, and has a lot of tender and salty meat on it to consume (don’t think of it as just a face or something).

It’s being roasted in a barbeque for 40 minutes, after which the rich flavorful meat is one of the best fish you’ll ever try. Their cod is of course completely fresh caught locally. The Icelandic cod is the most common fish in the Atlantic ocean.

Where to find: Matur og drykkur

Kjötsùpa, or also called Meat soup, is one of the oldest Icelandic foods that exists and is still being consumed today, presumably part of the Icelandic cuisine since the settlement (around 870). It’s originally called  meat soup, because for long centuries the word meat was synonymous with lamb.

They had very little or no other type of meat to consume for long centuries. Kjötsùpa is made from the organic, free-roaming, grass-fed lamb, and the collection of some root vegetables (such as potato, carrots, onion), the only types that grew on these harsh and mostly barren lands. This is still a very popular dish, part of every household, as it’s very easy to prepare, it’s delicious and gives you a good energy boost. They serve it in literally every restaurant, food stand, or fast food place.

Where to find it: Icelandic Street Food

Icelandic lamb hotdog is a cherished food of Iceland both by locals and tourists alike. Even though many fast food places sell these lush hotdogs, we recommend trying it at the one and only Bæjarins Beztu Pylsur hot dog stand (which modestly translates to “best hot dogs in town”). This famous place is located in Reykjavik, near the harbor, and it has been proudly serving its signature Icelandic hotdog since 1936. It’s made out of fresh Icelandic lamb, served on a warm bun, with raw white onions, crispy fried onions, topped with ketchup, remoulade (mayo, capers, mustard, herbs), and pylsusinnep (brown mustard).

Where to find:  Bæjarins Beztu Pylsur

Almost every restaurant in Iceland, and most likely in Reykjavik, has Catch of the day or Fish of the day written on their menus. Since they are surrounded by the Atlantic Ocean, and also have many freshwater on land (crystal clear rivers, lakes and streams), their seafood options are plenty. You can be sure that the fish of the day is the freshest fish you can ever try. The most common ones being Arctic charr, Salmon and Cod.

Arctic Charr is a freshwater fish, very common on the island, since Iceland is the largest Arctic charr producer in the world. It’s caught and also farmed, but no artificial products or medicaments are used on them. In case you are not familiar with this type of fish, but it is part of the Salmonidae family, which means it’s closely related to salmon.

It has a light, sweet and buttery taste, some would say somewhere between salmon and trout.  Arctic charr has a large variety of ways that it can be consumed. It can be cooked, smoked, grilled, broiled, barbecued, it can be consumed with mushrooms, vegetables, fries.

Atlantic cod is a saltwater fish, and particularly the Icelanic one is one of the healthiest in the world. Thanks to the rich marine life of the Atlantic Ocean, Icelandic cod is consuming a lot of healthy seafood and has the ability to grow quite large as a result. By the time they grow large, they won’t have many natural predators left so they’re able to multiply fast and naturally. They have a very rich and flavorful meat, thanks to the large variety of seafood it costumes in its life.

Salmon is perhaps the most known and popular fish in the whole world, it being sold in supermarkets and restaurants in every corner of the globe. Icelandic salmon can be found in the oceans, and the freshwaters of Iceland (even in glacial rivers). Just like all the other fish types in the Nordic waters, salmon consumes plenty of high quality marine food.

Where to find: Matarkjallarinn / Food Cellar

The Icelandic Langoustine (which means small lobster) soup is one of the most in-demand dishes of Sægreifinn restaurant in Reykjavik, by tourists and locals alike. Icelandic lobster, delicious food of Iceland, is caught in the wild (and never farmed) in the South Coast waters of Iceland. Because it eats very good quality marine food during its lifetime, Icelandic lobster has very tender meat, rich in flavor. The langoustine soup is creamy and salty, a real delicacy for any time of the year. It’s consumed with either toasts or baguette slices on the side.

Funnily enough, this world famous British food also has its Icelandic version, except that Icelandic fish & chips is way healthier than the original British one. First of all, they have the freshest and healthiest fish in the world on their hands. Second of all, they prepare the batter from different ingredients. While the classic British version contains flour, vinegar, salt, beer, and baking soda, Icelandic fast food shops make theirs from Spelt flour and without beer, cooking in rapeseed oil. As a result, Icelandic fish & chip is light, tender, and healthier. Chips are not deep-fried, but roasted in the oven, making it crispy on the outside but creamy on the inside.

Where to find: 101 Reykjavik Street Food

Plokkfiskur is the national stew of Iceland. As we mentioned, for long centuries, food was scarce and hard to come by, and the lands were not exactly fertile. So the Icelanders had to use absolutely every bit of food they could get their hands-on, and never waste any of it. This is how Plokkfiskur or fish stew came to be. They mixed up all the leftovers from other foods, that’s how they made Plokkfiskur. Plokkfiskur today is a simple but tasty mix of cooked and mashed Atlantic cod, flour, milk, potatoes, and onions, seasoned with salt and pepper. The tasty traditional food of Iceland.

Where to find: Kaffi Loki

This dish is not everyone’s cup of tea. You might like it or probably not, but it’s something truly quirky and special, found only in Iceland and Greenland. Fermented shark has a strong fishy taste with a bit of ammonia aftertaste. After eating, you are recommended to drink a shot of Brennívín, the local’s favorite Schnapp. This is a very unique traditional food of Iceland.

We’d like to end this list with the most popular spirituous drink the Icelanders consume, the Brennívín, because it’s so popular it deserves its own paragraph. It’s also nicknamed Black Death, a fitting name for a Viking drink. Brennivín is a strong schnapps made of fermented grain, containing no added sugar. It originates from Scandinavia, and it’s been an important part of Icelandic culture since the 16th century. It is often consumed after main dishes.

Where to find it: in any restaurant and grocery stores.

Valur is the founder and chief memory maker at the tour company, Your Friend in Reykjavik. He’s a certified guide, musician, and history nerd with a passion for food & drink and everything Iceland has to offer. Connect with Valur on Facebook, Instagram, and Twitter. 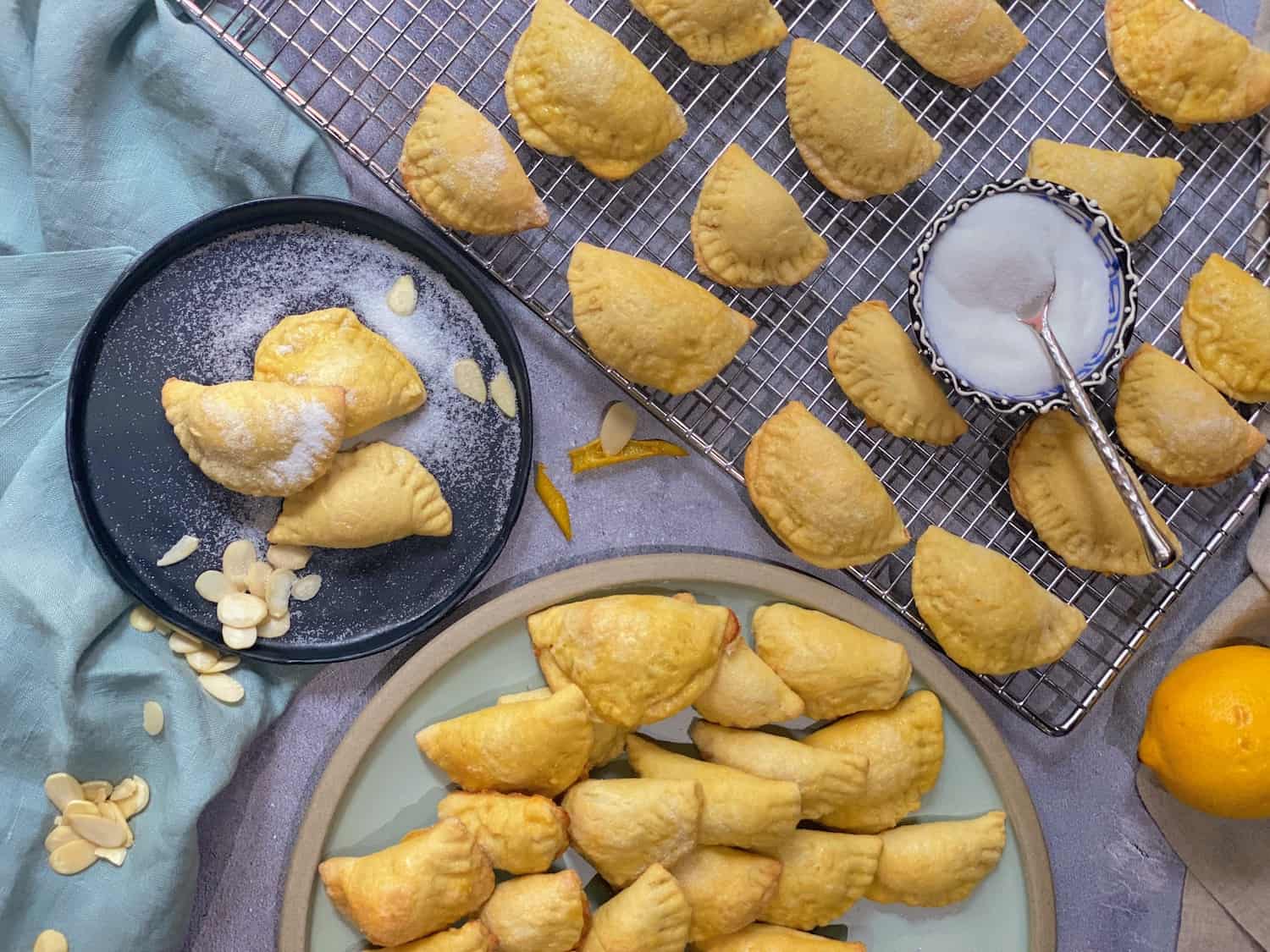 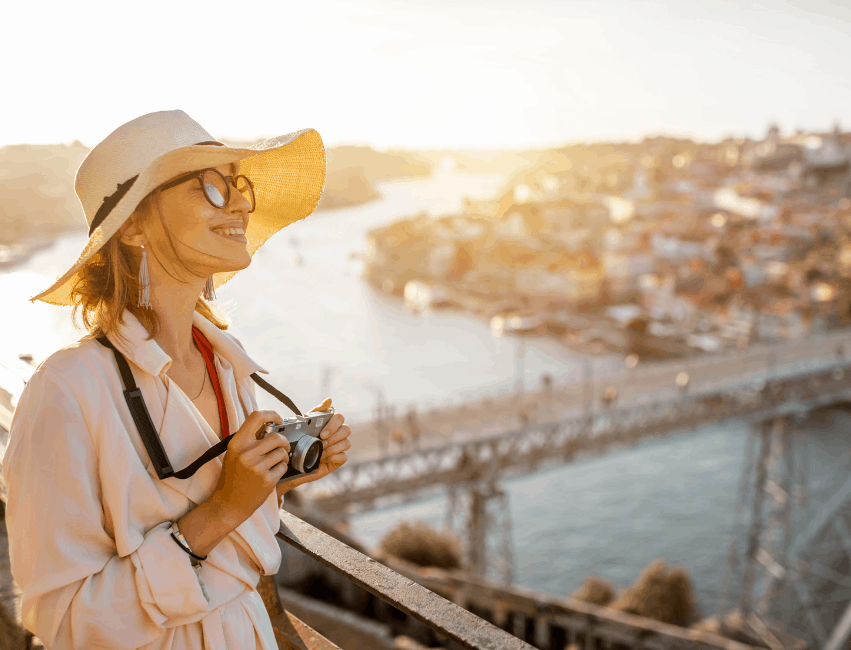 Next →
How to Deal with the Post Travel Blues